Piano vs Organ: Everything You Need To Know

The organ and the piano are among the world’s most famous keyboard instruments. They are both quite identical, but some critical distinctions differentiate the two.

So what are the most remarkable differences between the piano and the organ? Traditional organs depend on air flowing through pipes to set off musical pitches. On the other hand, pianos depend on small hammers that strike a set of cords and project sound through the soundboard. In comparison to the piano that has 88 keys. An organ has only 61 keys.

In this article, we’ll further discuss that and a little stuff you want to learn about when contrasting the organ to the piano.

P.S. Looking for a piano to buy? We have a list of used pianos for sale (Yamaha to Kawai brands).

Difference In Classification Of Musical Instruments

Instruments of Windwood –  Windwood instruments are named that way because they are originally made of wood. However, Instruments nowadays are crafted from other resources, namely plastic and metal, or even a mixture of both.

The organ belongs to a similar group of instruments made of windwood as the clarinet, flute, bassoon, and oboe. These devices are essentially pipes with a hole at the base and are played by blowing out air through the pipes.

Instruments of Percussion – The piano is part of the instrument family of percussion, but it is often known as a stringed instrument. Once it is hit or struck, a percussion instrument creates sound.

The piano’s hammer action, which includes the hammer hitting strings, enables the piano as a percussion instrument. The instrument’s presence of tightened cords renders it a stringed instrument.

The Organ – The organ is made by dozens of metal pipes, often concealed from sight. When air compresses through the pipes, the tubes vibrate, which creates the sound. The pipes that rests on top of a windchest is also known as whistles.

To play the instrument, the musician uses the different pedals and keyboards found on the organ. The organ’s pedals don’t really wholly take or alter the pitch, unlike the piano. Instead, they help to close and open the pipes to let air in or shut it out.

The Piano – Although there can be many as 12,000 parts in the instrument, the working process is easier than those of the organ.

In generating the piano’s tone, three different panels are involved. This included the key, assemblies of the hammer, and wippen. When the musician presses the keys, the wippen assembly swings the hammer, which hits the string to create a soft or firm sound dependent on how firmly you press the keys.

Difference In The Sound Range: Piano Vs Organ

A piano is somewhat limited in the variety of sounds it can make, as opposed to the organ. The piano sounds like itself, although it is possible to change an organ to sound like various instruments.

When operating the instrument, The stops they select will decide the kind of music the organ will generate. At a specified level in the organ, stops are simply a series of pipes.

The stops of the instrument are named after the type of sound they make.

The piano and the organ may seem very similar, but they have distinct features that set them apart. It is important that you are able to differentiate the two, so you’ll be able to know more about each of the instruments. 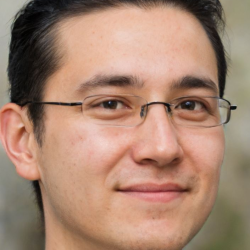 Jackson Lim
Jackson has been in the piano industry for more than 25 years. He enjoys playing the piano during his free time. On a weekly basis, he'll be sharing his knowledge about pianos through blogging.